What is a lithograph? 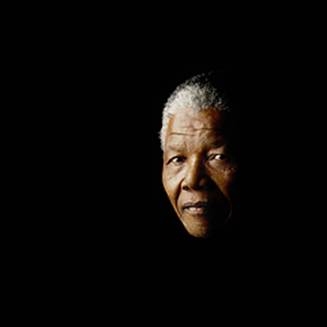 What is a lithograph?

There is often much confusion over ‘what is a lithograph’ and many people find it difficult to distinguish what a lithograph is in relation to a print. The short answer is that a lithograph is a form of print, a type of printing process during which original works of art can be printed and reproduced. The final product is also known as a lithograph, which is an authorised copy of an original work created by an artist or other skilled craftsmen. The printing process for creating lithographs is different from other traditional methods, mainly because it does not require the print-maker to first etch the image into metal plates. Prints can be made of original works of art, first created on the stone table or metal plate, or images from paintings or drawings can be duplicated with this method. If the print quality of a lithograph is excellent and the production numbers are low, it may have significant value in the art world.

Perhaps the biggest advantage of lithography is that it does not require the printmaker to etch an image into metal plates, as some other reproduction methods do; neither is it necessary to physically carve out the image on blocks of wood or other soft material. Instead, an artist uses a set of greasy crayons or pencils to draw a mirrored image of the artwork, usually onto a smooth stone tablet or metal plate. While this can take less time than etching the image into metal, it is still the most time-consuming part of lithography. If the final image has multiple colours, it may be necessary to make separate stones or plates for each.

Nelson Mandela’s lithographs are ‘original lithographs’, meaning that they do not exist in any other form, ie. Nelson Mandela made the plates for each colour separation himself, and there are no original works, just origination materials made up of sheets of lithography paper each with a different colour, which, when over-laid create the final image.

It is not unusual for artists to work closely with a professional print-maker in the production of their lithographs.

For the past 300 years, artists including Durer, Henry Moore, Pablo Picasso, Marc Chagall, David Hockney, Andy Warhol and numerous others have collaborated with such printers.

Recognising this, there is a British Standard, BS 7876:1996, which distinguishes the following categories:

Category D          Artist neither created the matrix or printed it, but all activities were carried out with the artists supervision – examples are Sir William Russell Flint and Sir Montague Dawson.

Category F          Artwork created without the knowledge of the artist or their agent and had no practical or aesthetic involvement – example would be Andy Warhol’s Sunday B. Morning screenprints.

Category G         Artist had no knowledge of the reproduction of their work in categories a – c.

These British Standard categories clearly show that there are very different degrees of involvement by the artist when it comes to the production of lithographs, but artist involvement is certainly no guarantee to value.  Value is determined by many different factors such as scarcity, age of works, condition of works, appeal of subject matter, popularity of artist, presence of a signature, provenance, edition size and authentication.

Over the years there have been many discussions between the London art gallery Belgravia Gallery and Nelson Mandela’s art teacher Varenka Paschce, the publisher who witnessed him making the work and Professor Stephen Inggs, the printmaker who produced the editions – and of course Mr Mandela himself.

It appears that in 2001 a concept of making lithographs for sale to benefit Nelson Mandela’s charities was put to Mr Mandela who agreed that this was a wonderful idea.

The ‘Struggle Series’ were the first works Mr Mandela produced and, like his later works, were based on a series of photographs of hands. The idea was put to him that the story of his life could be told through images of hands.

Photographs of his hands in various positions were enlarged and Mr Mandela made drawings of the five images and composed and handwrote the sixth piece, the Artists Motivation. From these drawings, Mr Mandela transferred the images onto large sheets of lithography paper to produce the final images. He then titled each one and from this origination material. Professor Stephen Inggs printed the editions at the Michaelis School of Fine Art in Cape Town.

“These sketches are not so much about my life as they are about my own country. I drew hands because they are powerful instruments, hands can hurt or heal, punish or uplift. They can also be bound but a quest for righteousness can never be repressed. In time, we broke lose the shackles of injustice, we joined hands across social divides and national boundaries, between continents and over oceans and now we look to the future, knowing that even if age makes us wiser guides, [it is] the youth that reminds us of love, of trust and of the value of life.”

The following year, Nelson Mandela’s art showed that he had ventured into works in colour, producing a number of drawings of places on Robben Island which had been photographed in his presence by Grant Warren. Again, Mr Mandela drew a simple line sketch from the photograph and then, using acrylic transparent printing material, he made the colour separations with around six different colours for each image. These were then used as the matrix for the printing of the works by Professor Stephen Inggs at the Michaelis School of Art in Cape Town.

In 2003, Nelson Mandela spoke movingly on Robben Island about his lithographs:

'When it came to recreating visions of Robben Island, I needed to share this rich experience of culture which to me has a very special meaning. When I initially did the sketches in black chalk the images looked quite bleak. I then thought that it should be a celebration and introduced the bright and cheery colours which I understand have become a new art form and I hope that it will give you as much pleasure as I have had in creating these images". Nelson Mandela, February 2003, Lithograph launch on Robben Island.

The lithographs by Nelson Mandela are available through Belgravia Gallery in London and these come with a full Certificate of Authenticity from both the gallery and South African signature expert, Cecil Greenfield, who has examined thousands of lithographs by Mr Mandela and found no evidence of any forgeries.