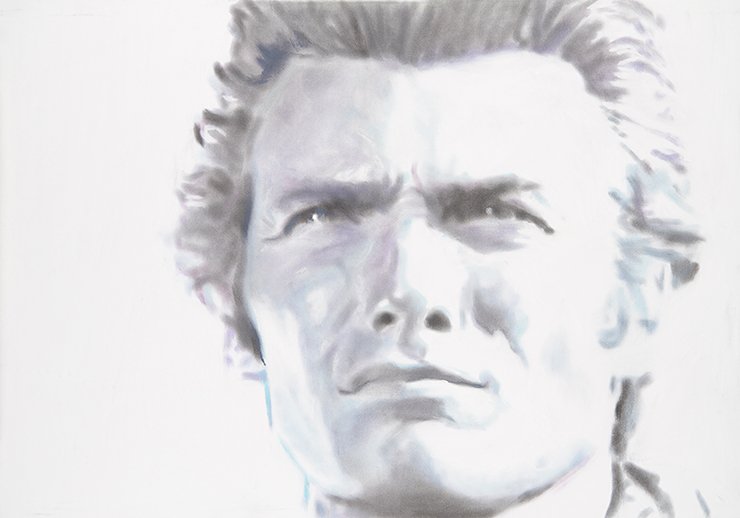 Trish Wylie interview: ‘Wylie provides a hotline to the gods of the silver screen’

Studio International has come to north west London to visit the painter Trish Wylie in her studio.

A graduate of Camberwell College of Arts, Wylie has been engaged in making images from an early age – and, by watching her father working in leather, she began to see and understand how materials could be made into something by just using your hands.

Although Wylie is drawn to a broad range of creative disciplines – literature, dance, performance and music – she chooses to work, as a painter because of its immediacy and its solitary practice.

Wylie's recent works focus on the cowboy as a potent symbol in popular culture.

In his 2010 forward to Cowboys, Wylie’s Belgravia Gallery exhibition, writer and broadcaster Sir Christopher Frayling writes: “Wylie's paintings mediate the viewer’s relationship with contemporary figures of myth, providing in the process a hotline to the gods of the silver screen.”

Interview and film by MK Palomar