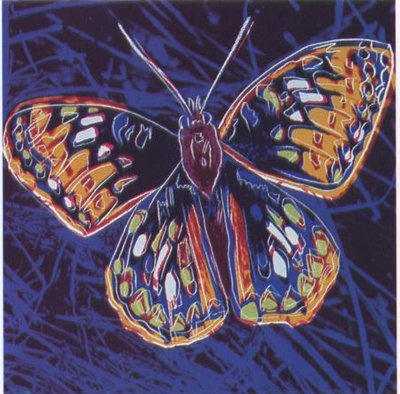 Pop Art is an art movement that emerged in the mid-1950s in Britain and in the late 1950s in the United States. Pop Art presented a challenge to traditions of fine art by including imagery from popular culture such as advertising and news. In Pop Art, material is sometimes visually removed from its known context, isolated, and/or combined with unrelated material. The concept of Pop Art refers not as much to the art itself as to the attitudes that led to it.

Pop Art characterised a sense of optimism during the post war consumer boom of the 1950's and 1960's. It coincided with the globalisation of pop music and youth culture, personified by Elvis and The Beatles. Pop Art was brash, young and fun and hostile to the artistic establishment. It included different styles of painting and sculpture from various countries, but what they all had in common was an interest in mass-media, mass-production and mass-culture. It is widely interpreted as a reaction to the then-dominant ideas of abstract expressionism, as well as an expansion upon them. And due to its utilisation of found objects and images it is similar to Dada. Pop Art aimed to employ images of popular as opposed to elitist culture in art, emphasizing the banal or kitschy elements of any given culture, most often through the use of irony. It is also associated with the artists' use of mechanical means of reproduction or rendering techniques.

Advertising, product labelling and logos figure prominently in the imagery chosen by pop artists, like in the Campbells Soup cans, by Andy Warhol. Even the labelling on the shipping box containing retail items has been used as subject matter in Pop Art, for example in Warhol's Campbell's Tomato Juice Box 1964, or his Brillo Soap Box sculptures.

Andy Warhol is one of the best-known artists associated with Pop Art. His images of Mick Jagger, Marilyn Monroe and Campbell’s Soup cans to name but a few have become household images, reprinted onto t-shirts, posters, mugs and recognised by people across the globe.

It is perhaps surprising that a Pop Art movement came out of London before it convincingly burst onto the art scene in America.  After all, it is the American artist Andy Warhol who has become synonymous with the movement known as Pop Art.   It was however, Richard Hamilton and Eduardo Paolozzi, as some of the founding members of the Independent Group (an artistic and literary collective that met regularly at the ICA in London between 1952 and 1955) that were the forerunners to British Pop Art and the transatlantic Pop Art movement.  Richard Hamilton is often cited as the founder of British Pop Art. Others consider the conversations between Hamilton and Paolozzi to have kick-started the transatlantic art movement now known as Pop Art.

Yet others insist ‘American Pop Art’ evolved of its own accord and differently from its UK counterpart. It is argued it was both a development of and a reaction against Abstract Expressionist painting, which was the first American art movement to achieve global acclaim. However, by the mid-1950's, many felt it had become too introspective and elitist.

American Pop Art evolved as an attempt to reverse the elitist and abstract trend by reintroducing the image as a structural device in painting, to pull art back from the obscurity of abstraction into the real world again. This was a model that had been tried and tested before. Picasso had done something similar forty years previously when he collaged 'real world' printed images onto his still life works when he was considering if his work was becoming too abstract.

Around 1955, two remarkable artists emerged who would lay the foundations of a bridge between Abstract Expressionism and Pop Art. They were Jasper Johns and Robert Rauschenberg, the forerunners of American Pop Art.

It is also evident that the American Abstract Impressionist movement had its influence on the British Pop Art movement too. Sir Peter Blake produced works based on the Union Jack (Union Flag 3 (Black) – below left), clearly influenced by Jasper John’s Stars & Stripes Flag (above left), and Hamilton’s collage work (Collage of the White Album, 1968 – below right)) is reminiscent of Rauschenberg’s in the 1960s (see Retroactive II, 1963).

No matter where the movement started or from which side of the Atlantic – it is clear from collectors and museums and the immense public interest that Pop Art is truly, well popular, and here to stay.