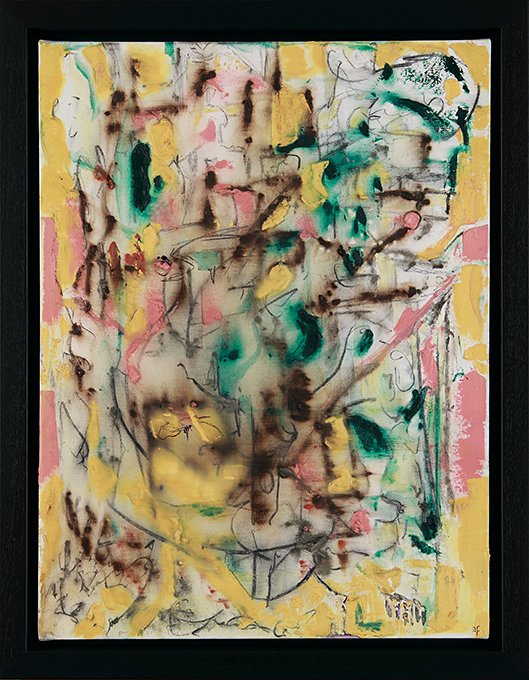 Freud was born in 1959 in St Mary’s Hospital, Paddington and brought up as a child in North London, the first son of painter Lucian Freud and of the dress designer Katherine Margaret McAdam.  The eldest of their four children, Jane McAdam Freud, is a sculptor and two of her half sisters, Bella Freud and Esther Freud are, respectively, a fashion designer and a novelist.  They are the great- grandchildren of the founder of psychotherapy, Sigmund Freud, who died in London in 1939, after he and his family had fled Nazi persecution.

Brought up in the thick of studio life, Freud painted a great deal as a child.  On 1 April 1966 he was hit by a lorry while returning home alone from school and rushed to hospital in a coma – his father happened to be in the same hospital at the time.  Freud writes that ‘the only pure memory to survive the injury was painting.’  Within in a few months of the accident his mother had moved himself, his brother and his two sisters away from Maida Vale into a basement flat in Fernhead Road, Paddington.  Soon afterwards she settled down with her young family alone in Roehampton, in south west London, where the children grew up in little contact with their father or the rest of his family – as things have remained ever since.  Katherine Macadam continued to live alone for the rest of her life, discovered by her eldest son on her death in 1998.  ‘She used to on occasions say to me “You’re just like your Father”, Freud writes.  ‘And I never really knew what she meant, until now.’  During the year following his mother’s death Freud suffered another accident, when a fire destroyed his studio and most of his work, only a few folders of drawings surviving.

Freud had studied sociology, psychology and art at Putney and Wandsworth College in the late 1980s, before joining the Foundation course at Camberwell and then taking his BA in Fine Art at Goldsmiths’ from 1992 to 1995.  He was happy to train as a painter, unfashionably, organising his own life-classes – ‘Painting from life seemed the most radical thing I could do at Goldsmiths’,’  Freud says, in ironic acknowledgment of the fashionable success of Hirst, Hume, Landy and other students at the college in the late 1980s.  Working in oil, the portrayal of figures and heads has formed the major part of his expression.  In the autumn of 2005, however, Freud began a period of work mainly on drawings, a passion which still burns.  He has continued, though, to paint, exhibiting with Andrew Mummery at the Tea Building in Shoreditch in May 2006 a series of portraits of Pope John Paul II at the moment of his public demise.  In the accompanying press release to a solo exhibition in Sweden in 2008, Freud expressed his belief that ‘drawing is the most just of all the art forms and drawing as an art the only truth.’