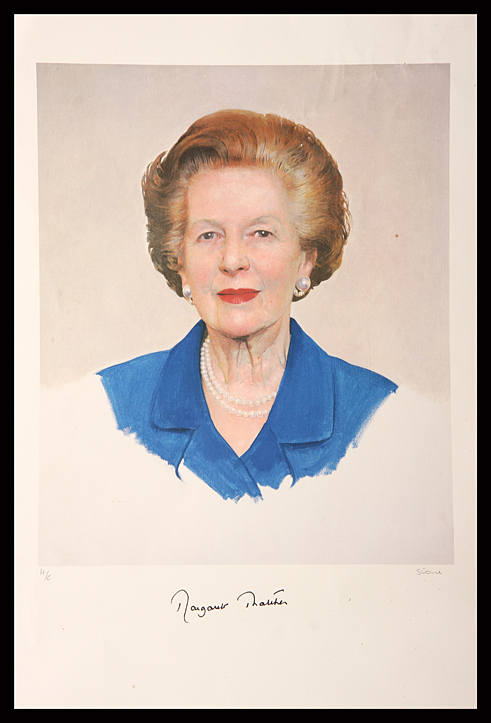 Having been asked by Nelson Mandela's art publisher to represent his work,drawings mainly of Robben Island, we had the privilege of spending a morning with Mandela when he was signing the lithographs at his home in Johannesburg in December 2002. He delighted us with stories about a number of well known British personalities over the years when he was president. Perhaps the most surprising was his description of Margaret Thatcher as "Motherly" and he remembered how she had poured him tea and they had discussed various ailments and how after he returned home, she had sent him herbal remedies.

When he told Niel Kinnock of the meeting with this paragon of motherly virtue, Kinnock replied to the effect that they must be talking of a different Margaret Thatcher from the one he knew!