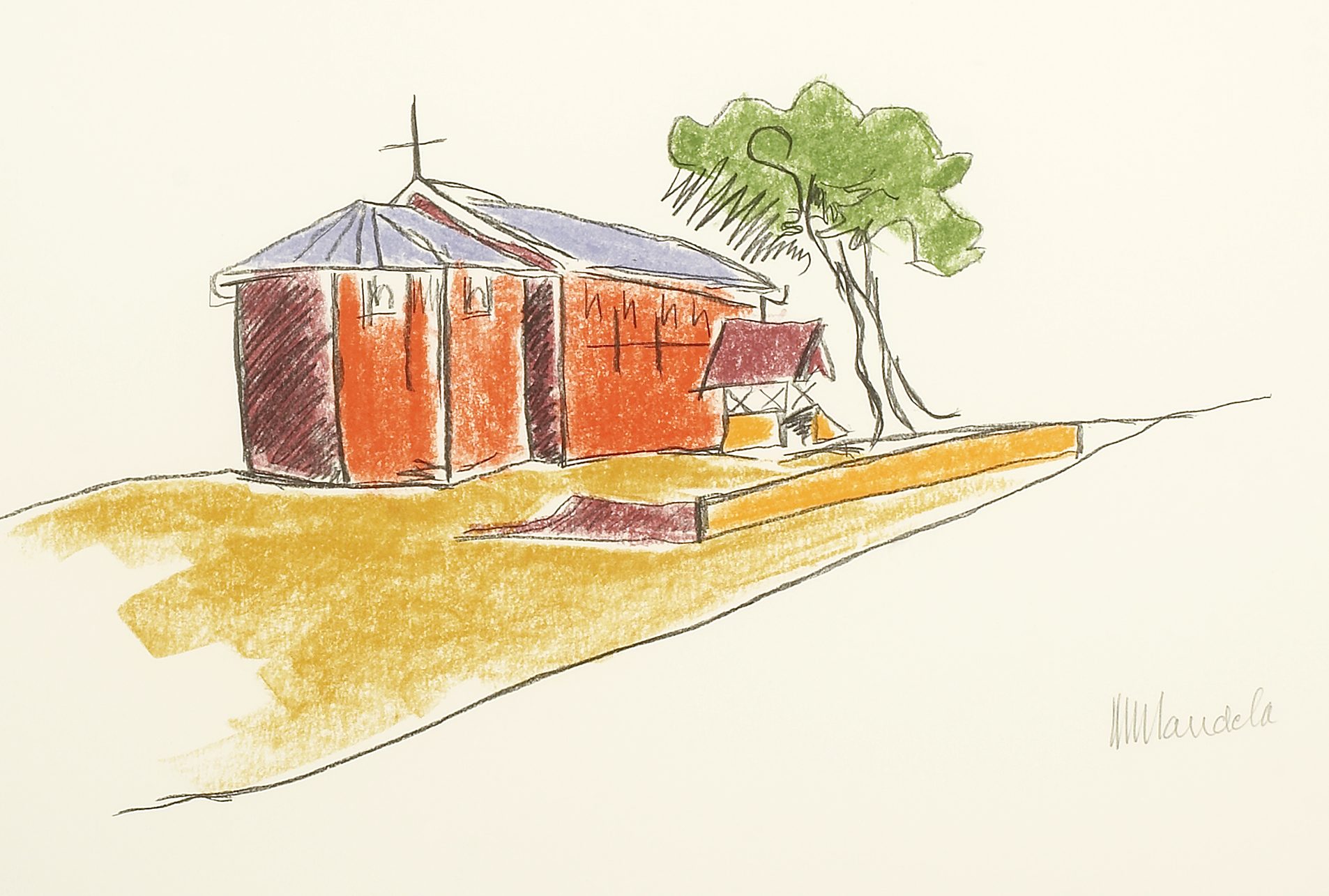 In honour of Black History Month, the walls inside the Ansin Family Art Gallery at the Miramar Cultural Center will be home to works of art created by former South African President and late Nobel Peace prize winner, Nelson Mandela.

“We are honored to host this exclusive exhibition highlighting the works of one of the world’s greatest leaders,” said Cultural Affairs Director, Valerie Norman Gammon.

His work is influenced by his love for Africa, his struggles and subsequent incarceration for 27 years. After his release from prison in 1990, he was able to negotiate an end to apartheid – an oppressive system of white rule and segregation — and serve as South Africa’s first Black president from 1994-1999. Mandela died in Dec. 5, 2013, after a long illness.

Mandela spent 18 years imprisoned on Robben Island. Five of the images on display at the cultural center are from The Robben Island 1 Series. “The Window,” “The Church,” “The Cell,” “The Lighthouse” and “The Harbour,” part of the Robben Island series, according to Anna Hunter, managing director of London’s Belgravia Gallery, are some of Mandela’s earliest works.

Anna Hunter writes about watching Mandela signing his works, hundreds at a time in the gallery’s e-brochure.

“On the 9th of December, 2002, he signed around 400 lithographs from the first series in one morning whilst sitting at his dining table. He shared many wonderful stories about his life experiences and his thoughts on current events. He spoke enthusiastically about his art and that he loved to draw, joking that when he retired he wanted to become a full time artist. We sharpened his pencils and placed the unsigned lithographs in front of him to sign, then moved each into a box of signed lithographs. He had clearly been busy for days, judging by those items already signed. More were left for his signature over the coming days,” Anna Hunter.