Luca Battini – “Among the greatest fresco painters of our time” 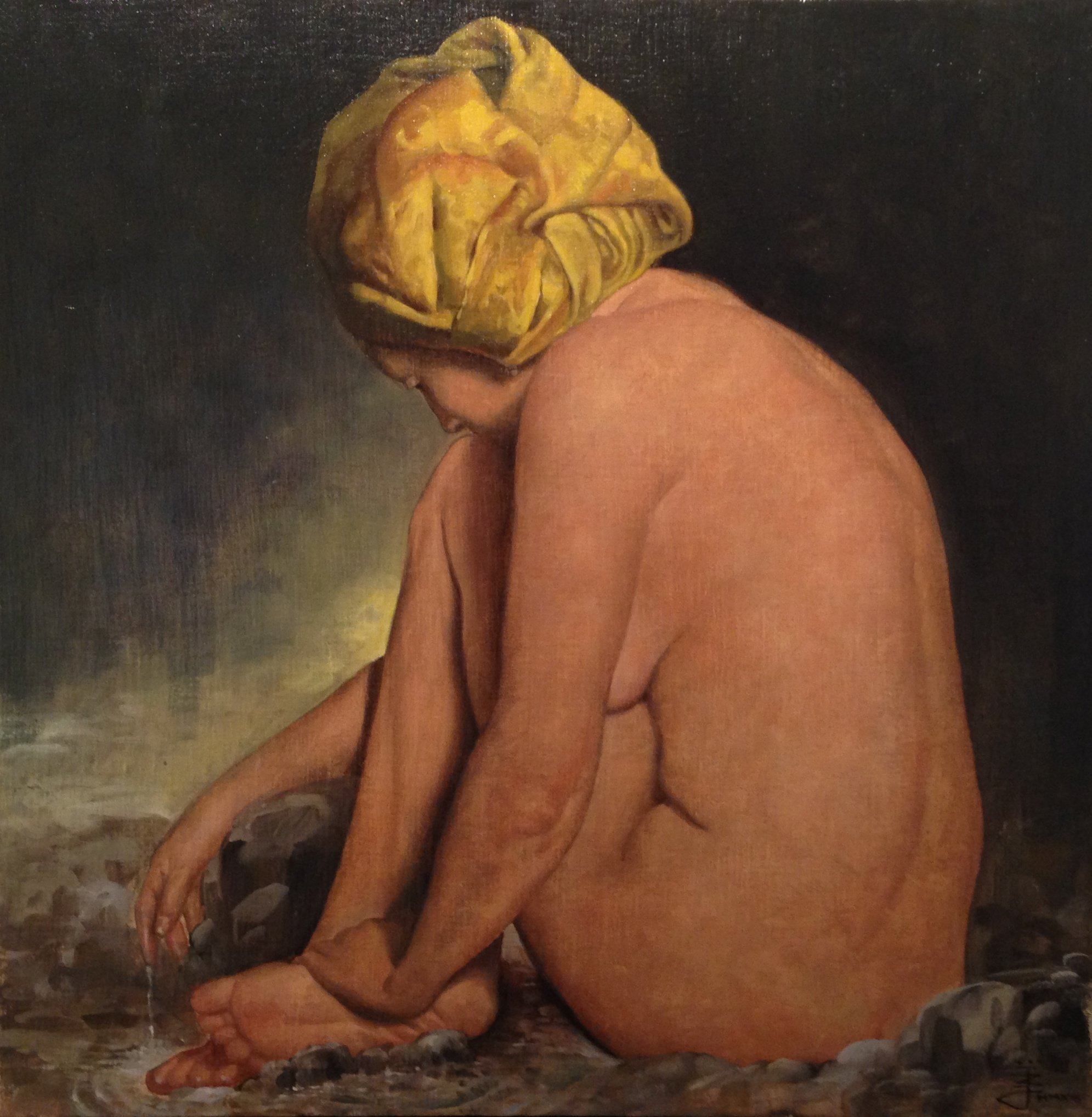 Luca Battini – “Among the greatest fresco painters of our time”

Belgravia Gallery is delighted to be exhibiting two works by the renowned Italian painter, Luca Battini. He is currently working on the creation of the largest modern-day fresco cycle that depicts the life of St. Ranieri, patron saint of Pisa.  There, a centuries-old wall in the church of Saints Vito and Ranieri will be decorated with eight magnificent scenes in a truly unique work of art that spans a total of 200 square meters from floor to ceiling.  250 figures – portraits from life, modeled by Pisa’s own citizens – will be depicted accompanying Ranieri on his journey.

Begun in 2011 and currently in progress, the fresco is being painted solely by Battini using ancient techniques, hand-mixing and applying the same materials and pure pigments as used in the Renaissance such as red jasper, lapis lazuli of Afghanistan, and many others.

The realization of this project has already won recognition nationally and internationally, as evidenced by the two commentaries shot by the BBC as well as prestigious media releases.  Fresco Trail / News places Maestro Luca Battini, among the great fresco painters of our time. The director of the Vatican Museums, Professor Antonio Paolucci along with Selene Sconci, director of the National Museum of Palazzo Venezia, further commended Battini’s art and exceptional abilities.

Luca Battini is part of the artistic movement whose greatest exponent is Maestro Pietro Annigoni, who revisits traditional techniques in a contemporary way. This does not mean simply reproducing traditional art in a mechanical way; rather, it means using tradition as the basis for a new mode of realistic expression. The people Luca Battini depicts are models from present day but in the context of his works they become simultaneously of the past and of the present. This is the spirit that informs Luca Battini’s work. Tradition gives him fresh inspiration to express himself in a complete and a mature way.