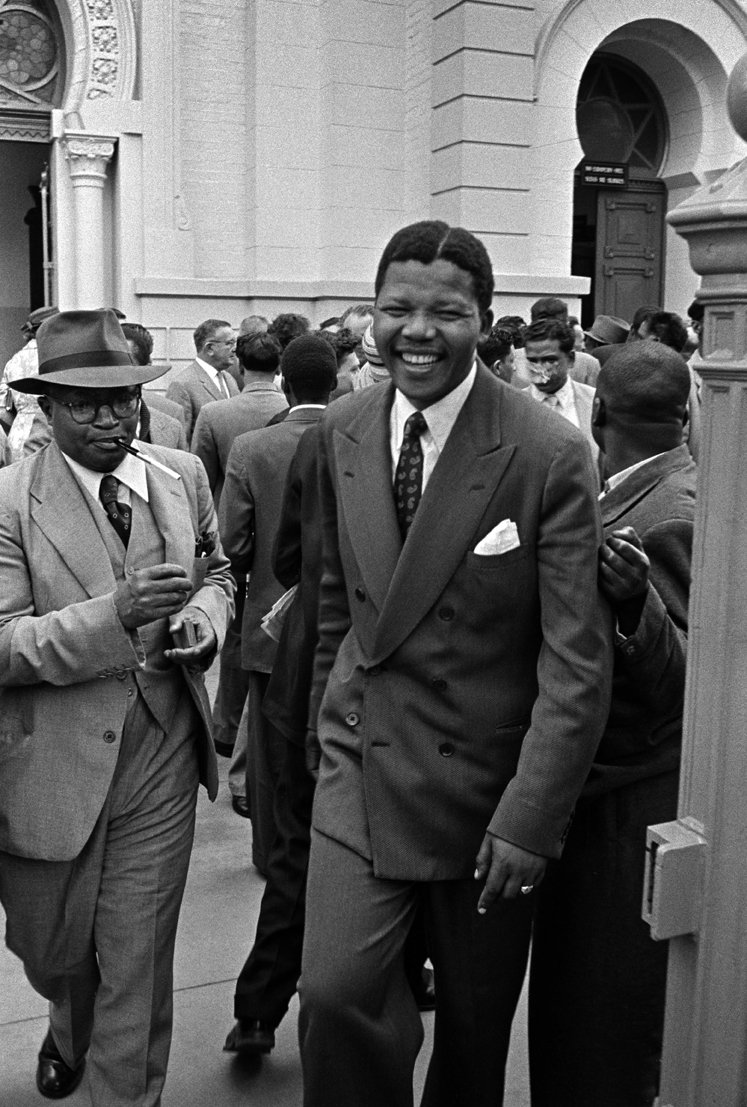 Jurgen Schadeberg, often referred to as the 'Father of South African photography' will be exhibiting his photographs in our Nelson Mandela exhibition in July. Schadeberg, now in his eighties, has taken some of the most iconic and memorable photographs of Mandela over the past 60 years. From the Treason Trial image of 1958, where Mandela had just been acquitted, to the return to Robben Island in 1994, Schadeberg's photographs truly capture the moment and tell the story of this extraordinary life.

Schadeberg has said of the Treason Trial photograph:

"The then Editor of Drum came rushing out of his office and requested a photographer to urgently rush to Pretoria…'something is going to happen….go yourself', he said to me… just as I arrived in front of the Synagogue, the doors burst open and the accused emerged,  lighting cigarettes. This took place on October 13th 1958 when Mr. Pirow, leader of the Crown team, withdrew the indictment against the accused. The Treason Trial had begun in 1956. A few months later 30 of the 91 people were put on trial again, which lasted till March 29th 1961 when they were all acquitted. In the picture Mandela emerges beaming from the court, to his left is Moses Kotane, an ANC leader at the time." Nelson Mandela was rearrested the following day and sent to prison for 27 years. Here we see a brief spanshot of freedom before his incarceration began.

Jurgen is writing his memoirs which in the first volume will start in Berlin in the thirties and then moves to South Africa in 1950 and goes up to 1964 – its packed with colourful characters and the tragic/comic absurdities of life in South Africa in the fitfies when Apartheid was at its height.