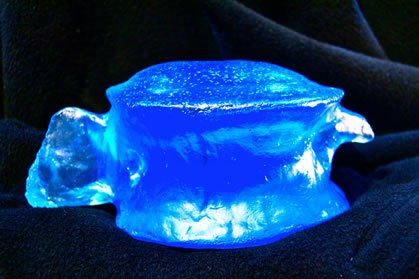 Cancer led me to a dissecting room. I saw the component parts of us: you, me, humanity. Moved by the beauty of these structures, I began to draw, paint and sculpt landscapes of mortality.

Upon hearing the diagnosis ‘cancer’ I was numb with shock. Everything about my life was to change. The gift of the disease was an acute awareness of my own mortality. I went to Florence to study art and a chance tour brought me to an astonishing place: La Specola.

It is an eighteenth century facility for the instruction of art and medical students. The models are life-sized and created of wax and represent every aspect of the dissected human body. There are hearts and livers, spleens and uteri, skeletons and nerves, sinews and joints – all extremely realistic. I stood in the middle of the room and wept at the ‘terrible beauty’. These were extraordinary landscapes which house the soul – structures formed by expediency and evolution. My mind was on fire with the intelligence of what I saw.

That initial exposure to the human body at La Specola in Florence led to a decade of odyssey from Italy to Vancouver,Toronto, Cambridge, Oxford, the Scottish Hebrides and Vienna. Courteous sponsorship enabled me to work in the human and animal anatomy laboratories in a number of different cities. I have enlarged my practice to include animal as well as human bones and other structures from nature.

Colleen’s work is a response to the beauty of the natural world in human and animal anatomy as well as astronomy. She has explored these themes — usually the preserve of science — from her own artist’s vantage point charting new territory.

She was the first artist-in-residence at an international telescope — the Canada France Hawaii Telescope on the big island of Hawaii. Living and working amongst the astro-physicists, astronomers, engineers and software people, she made art about their lives and work and about the telescope itself. She offered creative art breaks to the employees, which were so popular that she was invited back two years later. She recently returned from a similar residency in Chile at the Gemini Telescope in the Andes Mountains.