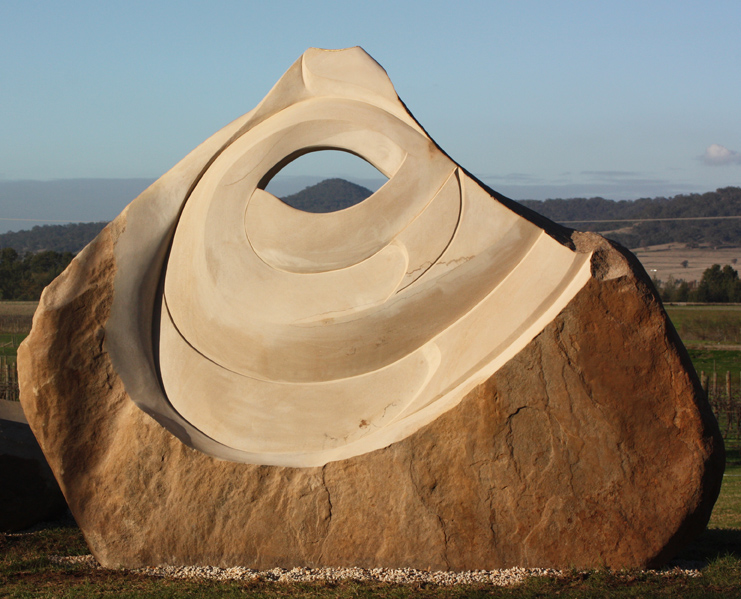 His sensational rock collection that sits at the heart of the Two Rivers Winery in Hunter Valley was a reflection on the land and the Aboriginal rock art that the region is known for. The stone which Dearnley used were directly sourced from the vineyard itself. Known as the Triassic Narrabeen Sandstone, it was formed over 200 million years and has distinctive red bands from the iron properities within the composition of the rock. The dynamic swirls of the new sculptures are used to convey a sense of the dramatic moods and seasons of the land, where the vines grow prosperously from.

This month has also seen Dearnley present a new bronze piece for the Vivacity sports center in Peterborough. It was personally unveiled by British Olympic gymnast Louis Smith.