Andy Warhol: Made in New York 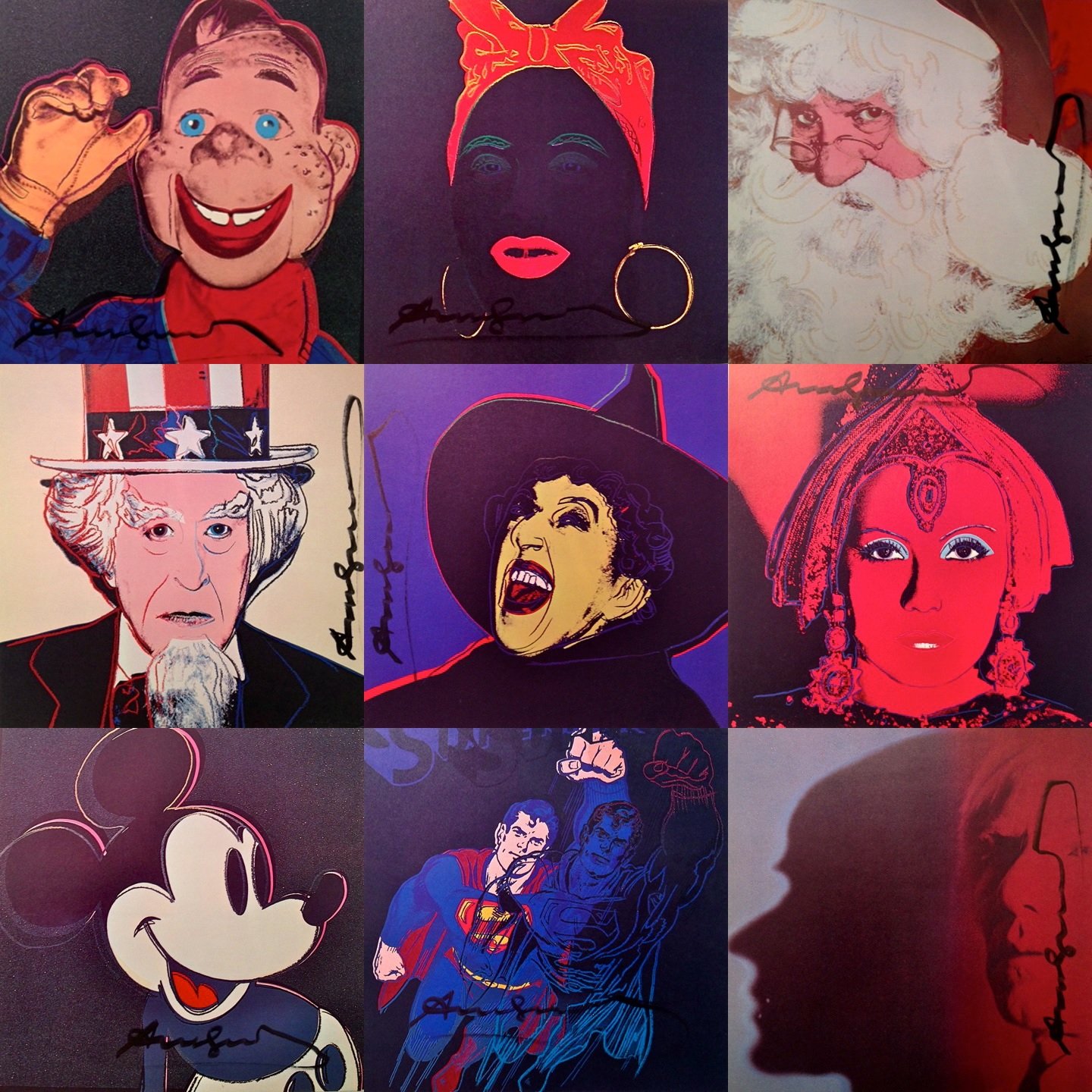 Andy Warhol: Made in New York

Belgravia Gallery is proud to announce an exhibition of over 30 works in various media by Andy Warhol. On display are limited Edition silkscreen prints and paintings, as well as rare signed Castelli and Feldman Gallery announcement cards. Mick Jagger, Superman, Endangered Species, Marilyn Monroe and Warhol himself are just some of the subjects with prices starting at £1,200.

The show’s title take’s it’s inspiration from the runaway success of today’s Made in Chelsea and further poses the question what would the director of Chelsea Girls makes of M.I.C.?

"I love television," Warhol once said. "It is the medium I'd most like to shine in. I'm really jealous of everybody who's got their own show on television. I want a show of my own." However, television was probably Warhol’s only thwarted dream.

"Someone who knows he's on everybody's television regularly… has all the space anyone could ever want, right there in the television box." The space Warhol spoke of lives on with Instagram, Tinder, Snapchat, Vine Twitter, Facebook, Google, You Tube and countless other social and digital media platforms. Incredibly none of those existed in Warhol’s day. Nonetheless he duplicated, repeated, recorded, and most importantly multiplied his subjects beyond all known parameters inventing a new worldwide club.  Although Warhol’s gaze elevated everything in its path he had no need to tear down the Pinnacles of Society or the Hoity Toity. Neither snob nor anti-snob, Warhol leveled all by glamorizing appearances and re-shuffling consumer and cultural values. His admiration for American culture was for the democracy of the supermarket shelf. Warhol commented that Coca Cola tasted the same regardless of who consumed it “Liz Taylor drinks it and just think, you can drink it too.”Manufacturing of persona was probably Warhol’s greatest art. Weather it was Superstars, Factory Folk or Society Sitters, Warhol the visionary and the voyeur was continually transforming the transformation method itself. Warhol himself was his greatest masterpiece…albeit a work in progress. Spencer, Lucy, Hugo, Phoebe, Fran, Olivia, Binky, Josh, Jamie, Sam et al. GET THAT and carry the Pop flame.                                                                                    Curated by Steven Pollock