Georges Braque was a major 20th-century French painter and sculptor who, along with Pablo Picasso, developed the art style known as Cubism. He was born in Argenteuil, Val-d'Oise and grew up in Le Havre where he trained to be a house painter and decorator like his father and grandfather. However, he also studied artistic painting during evenings at the École des Beaux-Arts, in Le Havre, from about 1897 to 1899. In Paris, he apprenticed with a decorator and was awarded his certificate in 1902. The next year, he attended the Académie Humbert, also in Paris, and painted there until 1904. It was here that he met Marie Laurencin and Francis Picabia.

During the period between the wars, Braque exhibited a freer style of Cubism, intensifying his colour use and a looser rendering of objects.

... However, he still remained committed to the cubist method of simultaneous perspective and fragmentation. In contrast to Picasso, who continuously reinvented his style of painting, producing both representational and cubist images, and incorporating surrealist ideas into his work, Braque continued in the Cubist style, producing luminous, other-worldly still life and figure compositions. By the time of his death in 1963, he was regarded as one of the elder statesmen of the School of Paris, and of modern art. *original is in the collction of Christian Dior. 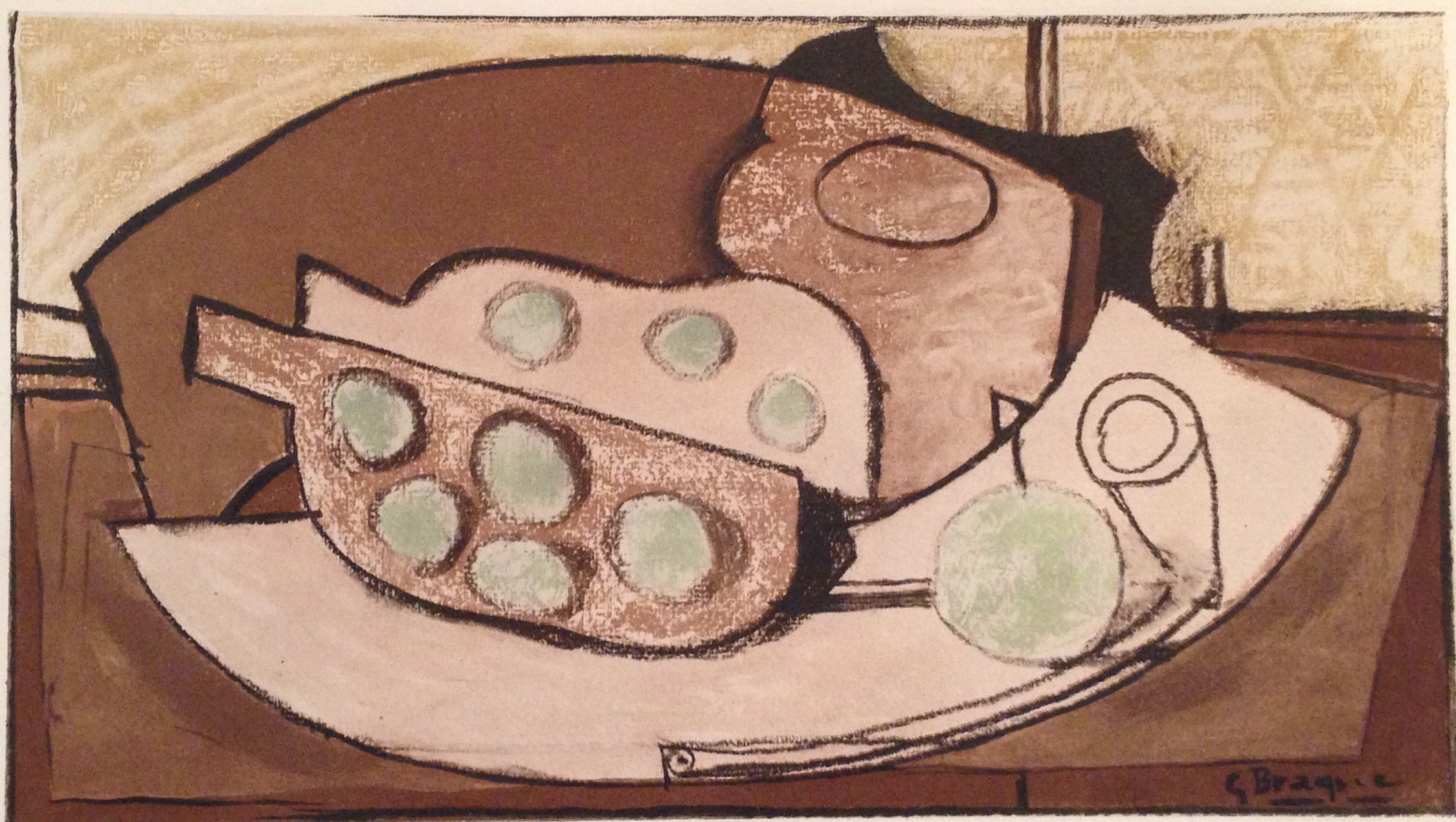