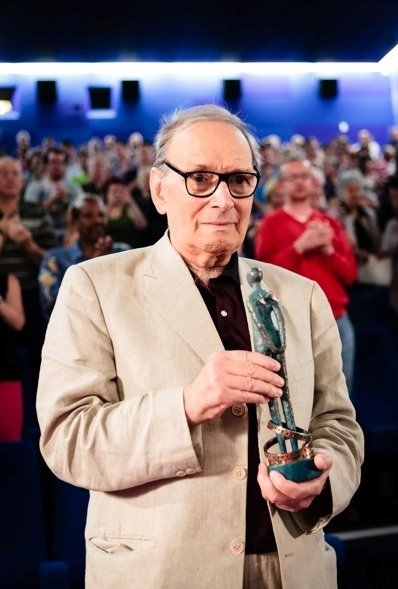 The composer Ennio Morricone was recently awarded with a Volta award during a special presentation and public interview in Dublin. Bettina was commissioned to design these awards some years ago and they have been presented to many well-known names including Danny DeVito and Tim Roth.

In Sligo An Taoiseach Mr. Enda Kenny T.D. has unveiled one of Bettina's double figures, which was installed on the grounds of St. Angela's College to celebrate their 60th anniversary.