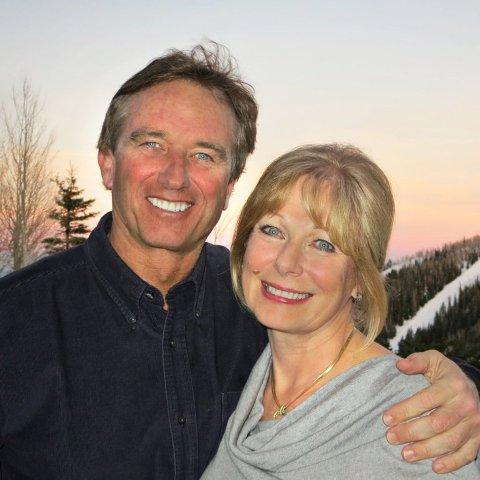 BREATH OF NATURE show of paintings by American Painter and Environmental Campaigner Susan Swartz on view at Belgravia Gallery from November  5 – 24, 2012

Strikingly different life experiences brought environmental campaigners Susan Swartz, Robert F. Kennedy, Jr. and Louie Psihoyos to each other’s attention. But having sparked a strong friendship the three are now speaking jointly to sound an alarm about the fragility of our planet and the very personal impact environmental challenges can have on us and our families.

On November 7th Bobby Kennedy, the President and guiding force behind Waterkeeper Alliance, one of the largest international environmental groups in the world with nearly 200 organizations on six continents, will join American abstract painter Susan Swartz and Academy Award-winning documentary director, Louie Psihoyos, Executive Director of the Oceanic Preservation Society, at London’s Belgravia Gallery to talk about “A Shared Passion for Environmental Campaigning.”

From November 5 – 24, BREATH OF NATURE, a show of paintings by Susan Swartz will be on view at Belgravia Gallery to underscore how the American abstract artist uses her talents to provoke others to make the environment their focus.

Susan Swartz says, “I am thrilled that Bobby Kennedy and Louie Psihoyos have agreed to join me in London to cast a greater spotlight on the issues we all need to take seriously when it comes to protecting ourselves and our families.  We bring a message of hope and urgency – each of us has a gift we can tap to provoke, educate and inform others.”

“When Bobby and Louie and I speak on our “Shared Passion for Environmental Campaigning” others will come to understand the very personal impact of environmental issues like climate change, mercury poisoning or air pollution– issues we know can no longer be ignored.”

In a foreword to the BREATH OF NATURE show catalog, Robert F. Kennedy, Jr. says "I have long been fascinated by the powerful connection between art and the environment – both define us as a people.  The outer world of nature and the interpretive world of art both insist that we transcend our narrow self-interest and see beyond what is right in front of us.  The natural world reminds us how we are all connected, not by geography, but by river tributaries and wind patterns and fault lines.  We depend on each other and also depend on the stewardship of the natural world.  For it provides our lifeblood: clean air and water.”

“Susan Swartz and I met over a shared commitment to use whatever resources are available to protect our air and waterways.  She deploys her paintbrush and I deploy the law.  As I look at Susan’s paintings I know we must save not only what God has given us, we must also save ourselves from the environmental health problems we have created for our children.   I am humbled and proud to call Susan an artist, activist and friend.  In her work I find refuge and inspiration.”

In his foreword to the BREATH OF NATURE catalogue, Louie Psihoyos says, “As an artist Susan Swartz spent years painting the grandeur and serenity of the natural world.  When she became desperately ill with environmentally-bred diseases (Mercury Poisoning and Lyme Disease) Susan saw the fragility of nature. When I helped form the Oceanic Preservation Society Susan saw the truth in our story right away and became a champion of OPS and a supporter of our films.  The Mercury Rising documentary Susan helped get produced is now distributed with The Cove.  For me as with Susan, the line between campaigner and artist is blurred.  We are lovers of the planet and experts of our craft.  We hope you will join us in revering and respecting the complex, colourful, unpredictable natural world that Susan brings to life in her paintings.”

Anna Hunter, the Managing Director of Belgravia Gallery adds, “Bobby Kennedy, Louie Psihoyos and Susan Swartz are rare individuals who have found a way to use their particular talents to express their creativity and passions and at the same time make a real difference in our society.”

Art critic and BBC broadcaster Godfrey Barker has written the introduction for the BREATH OF NATURE exhibition catalogue.  In it he says, “Susan Swartz is a talented American painter of nature.  She is also alarmed at the destruction of the planet and seeks to remind by a deliberate beauty in what she paints just what it that we are demolishing.  No oil slicks in her art, just beauty.  She sees nature “as it were a soul,” in Van Gogh’s words.  Gerhard Richter decided in the 1950s and 60s that nature is a false friend with a smiling face; by flood, avalanche, lightning, ocean, famine and disease it convulses the lives of innocent people.  “My pictures demand that viewers question their own relationships with the natural world,” she asserts.  It is when an artist finds a personal language and the craft to create in paint what she thinks and dreams that she has truly found a voice – and found with it something fresh and individual to say on the ancient subjects of nature and landscape.  I am impressed by all see.”

Bobby Kennedy, Louie Psihoyos and Susan Swartz have collaborated on a number of important environmental initiatives that bring their shared messages of ‘warning’ and ‘hope’ to a new audience. These include a film and lecture series Susan Swartz organized last summer during an exhibition of her paintings at The National Museum of Women in the Arts in Washington D.C. where Kennedy was among several speakers to contribute their time to focus on the environmental and healthy living issues Susan champions. Recently Susan Swartz was a contributor to the Waterkeeper Art for Water Auction, co-chaired by Bobby Kennedy and Jeff Koons.

They also collaborated on the “Mercury Rising” documentary film, with Bobby Kennedy narrating the film.  Together their actions have helped communities stand up for their right to clean water and the wise and equitable use of water resources, both locally and globally.

Susan Swartz says, “Mercury Rising” examines the dangers of mercury poisoning as it affects society and the global environment. I have also supported a powerful documentary about the science, the politics and the personal stories of Lyme disease, “Under Our Skin.”

Susan Swartz knows first-hand about these subjects. A landscape painter for the past 40 years, Susan’s decade-long struggle with both of these environmentally related illnesses changed her life-focus. Challenged first by mercury deposits, likely from poisoned fish she ate, and then by the effects of Lyme disease in her joints, Susan Swartz was slowly paralyzed and literally unable to hold a paint brush.

“For long periods I could only paint with my eyes. Fortunately, over time, I got the care that allowed me to stand before my canvases with new strength and inspiration.  I know that during this arduous journey my faith helped transform not just my art, but my life.  I made a commitment to bring our environment’s fragility to the attention of a wider audience through my art and activism. I have been forced out of my comfort zone as an artist, forced to become bolder and riskier in my work. Today my paintings are more impassioned, and more profound than anything I have created in the past.”

It was a transformation begun with doubts and hard questions.

“How could the very waters that have sustained all creatures on earth for the millenniums be so poisoned that its very fisheries gave me mercury poisoning?

Susan’s art, lifestyle and outlook have changed dramatically. She left the comforts of realism, she changed the habits of a lifetime and she found her voice for activism. Susan and her husband Jim Swartz became Founding Members of Impact Partners, a philanthropic venture organization that supports documentary filmmakers addressing pressing social issues.  During the Salt Lake City Olympics Susan Swartz was named the Environmental Olympic Artist, again underscoring her commitment to link her painting with her campaigning.

A classically trained painter from a family of artists and musicians, Susan Swartz now works from homes in Park City, Utah and Martha’s Vineyard, two of nature’s most awe-inspiring habitats.

Her personal story unfolded as science began to connect the all-important dots between coal burning fire plants and mercury in our water and food supplies, between industrialized food manufacturing instead of organic farming.

Susan now focuses on identifying people and organizations that actually make a difference, beginning with those headed by Louie Psihoyos and Bobby Kennedy.

The vision of Bobby Kennedy’s chosen mission, the Waterkeeper Alliance, is for “fishable, swimmable and drinkable waterways worldwide.” They say the best way to achieve this vision is through the Waterkeeper method of grassroots advocacy.

Robert F. Kennedy, Jr. was raised in a family that has perfected the art of advocacy and public service. The third of 11 children of Ethel and Robert Francis Kennedy, Bobby at a young age was an animal and environmental campaigner. As a litigator in his early thirties, he assumed the role of family orator.

Today, Kennedy is credited with leading the fight to protect New York City's water supply, but his reputation as a resolute defender of the environment stems from a litany of successful legal actions.

Louie Psihoyos has been a world renowned photojournalist since National Geographic hired him when he was just 23.  He has circled the globe dozens of times and become one of the medium’s most prolific and profound visionaries and social observers, sharing his iconic imagery with countless audiences.  He won an Academy Award the first time he directed a documentary film.  The medium allows him to be an even more potent storyteller.

Swartz adds, “I am blessed in so many ways that it means a great deal to me to know that I am applying my both my talents and my resources to improving our environment for future generations.”

Susan Swartz paintings are in private and corporate collections in the US, the UK and Japan.  Her works are in museum collections at the National Museum of Women in the Arts in Washington, DC; the Springville Museum of Fine Art in Utah; the Utah Museum of Fine Arts; the George Eccels 2002 Olympic Winter Games Museum in Utah; the U.S. National Ski Hall of Fame & Museum in Michigan; and the International Olympic Museum in Lausanne, Switzerland. Together with Thomas Moran, Albert Bierstadt, H.L.A. Culmer and Maynard Dixon, Susan Swartz is included in the book “Painters of the Wasatch Mountains.”

“Susan Swartz shares my concern for the future of life on this planet. Each of her paintings richly illustrates the beauty of our world…and she encourages us not only to experience and savor these images of nature, but also to do what we can to save nature itself.”